24 YEARS SINCE THE ESTABLISHMENT OF BULMARKET DM 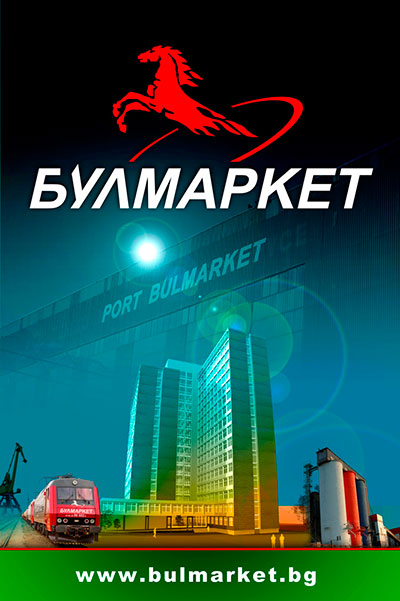 24 years ago, on May 9, the company BULMARKET was registered, which started its business with a small propane-butane warehouse, a gas charging station and a workshop for the production of probano-butane gas cylinders. The place was not chosen by chance - in the Eastern Industrial Zone of Ruse - close to the border crossing of the Danube Bridge and the railway line. Over the years, the company has established itself as a serious player in the propane-butane business not only in Bulgaria but also in the Balkans. Today BULMARKET Group has over 10 subsidiaries in Bulgaria, Romania and Austria, developing various businesses - trade, warehousing and transportation activities with compressed and liquefied natural gas, diesel fuel, gasoline, bitumen.
The company continues to expand the business of Astra Bioplant with the production of vegetable oils, biodiesel, pharmaceutical glycerin, meal for animals. The company develops active port activity on the Danube River, providing its customers not only river but also rail and road transport. And while 24 years ago the company employed several people, to date more than 1,000 employees find employment. The turnover for the past 2019 is over BGN 2 billion, which ranks BULMARKET Group in the top 10 companies in Bulgaria.

The success of the group is based on the ingenuity and creativity of the people on the company's team. Businesses are above all know-how for Bulgaria, started from scratch, step by step towards achieving sustainable and sustainable growth. Niches have been sought that have proven to be promising over the years. In many of its business ventures, the company is a leader. BULMARKET is the first private railway carrier in Bulgaria. Then he opened the country's first compressed gas station. And not long after he built the first ship-gas carrier. It was BULMARKET that opened the first LNG terminal for the Bulgarian market - liquefied natural gas. The replacement of diesel fuel with liquefied natural gas begins, as well as its use for transport purposes. This leads to cheaper fuel costs, but also to achieving higher environmental standards of river and land transport. The company owns four LPG processing terminals located in Bulgaria and Romania, with over 500 own railways and tank trucks. BULMARKET is the first company to build its own methane station.

BULMARKET Group has a license for railway transport since October 21, 2005 for transport of goods along the entire railway network in the Republic of Bulgaria.
Railway services include transit trains for the territory of the country, transport solutions for domestic transport and large industrial companies, organization and processing of rail freight. The company has modern diesel and electric locomotives.
Port Bulmarket, the largest private port for public transport on the Danube River of regional importance in the Bulgarian section, also continues its renovation. There are seven ship berths in four different terminals, and a terminal for dangerous goods has been built in the easternmost part.

Today, the subsidiary of BULMARKET DM - Oberösterreichische is the only one of its kind in Bulgaria that produces pharmaceutical glycerin. Thus a necessary product for pharmacy, cosmetics and especially in the period of the pandemic for the production of disinfectants.
Oleo Protein is also among the company's profitable subsidiaries. The plant mainly produces crude vegetable oils and meal. The capacity of the plant is 100,000 tons of vegetable oil per year. The work processes are fully automated with microprocessor control of production operations and control of technological parameters.

"It is very difficult to walk on untrodden paths, but if you succeed and the result is good, the satisfaction with the work done is huge." This is what the owner of the group Stanko Stankov says. He adds that success does not depend on one person. The company employs a large team of specialists who are responsible for various business areas. They are hardworking and literate professionals in their field.

For these 24 years BULMARKET has shown that it can cope with various challenges and become a respected partner and a respectable competitor. Today, amid a global pandemic and an unprecedented collapse in economic activity, the company faces a new challenge. The losses are huge both everywhere in the world and in the Ruse company. And the measures that are being taken and must be implemented are often unpopular. But BULMARKET does not give up and believes that they will be able to survive after the crisis.